This is Melissa Etheridge

And here’s the Melissa Etheridge record I was a part of! Another great project with Jon Levine. This was a big project and I learned a lot being part of it. Hope you guys enjoy it. …at the famed Orange Studios with Jon Levine. I don’t know where to start. Buffy is so talented and it’s been such a privilege to be part of her new album. There are a bunch of great musicians playing on these songs too. More to come! …over at Steakhouse Studios in NoHo with Randy Cooke playing drums. Getting killer sounds, thanks to JJ Blair 🙂 Cooking up some Andy Grammer tracks with Jon Levine with Joe Zook mixing this week.

Over at the famed Village Studios again with producers John Alagia and Nolan Sipe working with Julia Sinclair on her forthcoming EP. It’s been a really exciting process so far and we have a ton of other great ears on it. I can’t wait for people to hear it.

A song I mixed with John Alagia (produced by Mark Batson) was featured in the new David O. Russell film “American Hustle”. It’s a cover of Jefferson Airplane’s “White Rabbit”, but sung in Arabic. It’s a killer film, so be sure to check it out.  Working with Mark and John was such a humbling, incredible experience. So much fun.

Link to the soundtrack on iTunes I mixed three songs for Mad Fortune’s debut EP earlier this year. Check it out on iTunes.

They will be  performing at Ted X Manhattan Beach next saturday. 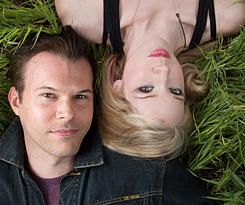 and her killer band at The Village with John Alagia. I’m really having a blast with these ridiculously talented people. I can’t wait for people to hear this music…